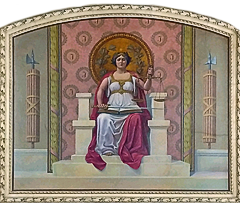 The Platte County Attorney's Office is located on the third floor of the Courthouse. Office hours are from 8:00 a.m. to 5:00 p.m. Monday through Friday.

Functions of the County Attorney's Office:

Elected to a four-year term, the County Attorney serves as legal counsel to Platte County and its elected officials. The office verifies and files charges against persons accused of felonies or misdemeanors. The office also prosecutes these violations. The County Attorney is the coroner and investigates cases where individuals die without the presence of a physician or where death appears to result from violence. The office assists in collection of child support, insufficient fund checks, inheritance and other taxes. Other duties include filing petitions with Juvenile Court and disposing of cases concerning children who are delinquent, neglected, dependent or in need of special supervision and tax foreclosures.